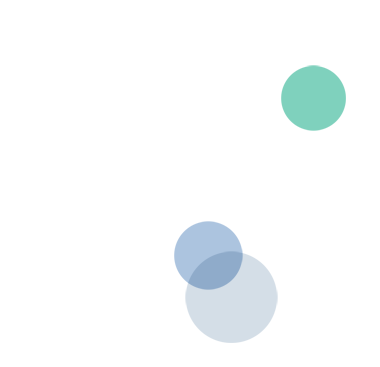 Dr. Leena Otsomaa will speak about changing landscape influencing design of medicines for the future. Many technologies including AI are developing fast and will definately impact to the work of medicinal chemists. Some of the technologies are today in their hype curve and the real value remains to be seen, but critical period is here and now. What are the bottlenecks when traditional drug discovery funnel is changing?

As Vice President of Global Medicine Design Leena is responsible for leading the small molecule design, synthesis, and screening operations teams and as a member of the R&D Management Team she participates in defining and setting the strategy for small molecule research in Orion.

Leena holds Doctor of Science (Tech) from Aalto University School of Chemical Engineering, Espoo Finland (the lab of Prof. Ari Koskinen) and Master of Science as well as Ph.Lic. in Organic Chemistry from the University of Oulu Finland. After her Ph.Lic. Leena started her industrial career at Orion in 1996 and made her Doctoral studies in Aalto University while working in Orion. In addition Leena holds an executive MBA from Turku School of Economics.

Leena started her industrial career in Orion as research scientist and later syhthesis group head in discovery projects in the field of CNS and cardiovascular research. The years 2003-2017 she was heading Medicinal Chemistry at Orion. Since October 2017 she has been heading Global Medicine Design function at Orion. During her 23 years and mainly as the management team member she has been involved in almost 70 drug discovery projects which have resulted several clinical candidates for the Orion, most advanced program got NDA in last year 2019.

About Orion
Orion is a globally operating Finnish pharmaceutical company - a builder of well-being. Orion develops, manufactures and markets human and veterinary pharmaceuticals and active pharmaceutical ingredients. The company is continuously developing new drugs and treatment methods. The core therapy areas of Orion's pharmaceutical R&D are central nervous system (CNS) disorders, oncology and respiratory diseases for which Orion develops inhaled Easyhaler® pulmonary drugs.
Orion's main market is Finland, where it is the clear market leader. Orion’s products are marketed in over a hundred countries, and the Group's own human pharmaceuticals sales organisation covers almost all key European markets. In other markets Orion’s products are sold by several collaboration partners. All of Orion's manufacturing plants and most of its R&D operations are in Finland. Orion’s headquarters are in Espoo. In the year 2018 Orion employed around 3200 people, net sales were 977.5 million € and R&D expenses
104.0 million €

Orion’s pharmaceutical innovations are created within its R&D organisation. The organisation employs top professionals in the field of drug molecule development and optimisation. There are around 500 professionals working in R&D. Orion has offices in Espoo, Turku and Kuopio in Finland, and in Nottingham in England and Mumbai in India.

In its own R&D, Orion focuses on early-phase drug development. Orion has launched several proprietary products onto the market in various therapy areas.

In the initial and final stages of research projects Orion works together with skilled partners, such as universities and other pharmaceutical companies.

The partnerships allow Orion to work on a large number of research projects simultaneously while focusing on its own core competence. Successful research also benefits our partners.